Brazilian consumers have paid BRL 25.8 billion in subsidies incorporated into the taxes in their electric energy bill so far this year. The amount is equivalent to 12.59 percent of the average amount paid by households in the country. The survey was released this week by national agency ANEEL through its Subsidiômetro (“subsidy-ometer”), a tool created to detail the subsidies in the electrical sector and what their costs are for the consumer.

The report combines data from energy suppliers and the Electricity Trading Chamber (CCEE) on costs making up the CDE, an energy development fund for various public policies in the sector. Over the past five years, the fund has doubled its budget, from BRL 15.99 billion in 2017 to BRL 32.10 billion in 2022.

Of the amount in the bill directed toward the CDE, for example, BRL 8.9 billion went to the CCC fund for fuel consumption, to pay for thermoelectric generation in isolated systems, not linked to the national network, as is the case in Amazon regions. The cost of generation from renewable sources also received BRL 6.9 billion. Another BRL 3.3 billion went to the so-called Social Tariff, to afford discounts for low-income families.

Under Distributed Generation, which includes micro and mini generation energy systems—produced by the consumers themselves, mostly from solar panels—the subsidy reached BRL 2.2 billion.

ANEEL Director-general Sandoval Feitosa says some of these subsidies are aimed at social policies, “whose merits are unquestionable,” but consumers must know who benefits from the amounts paid, he added, “and decide whether the benefits included in the subsidies offset the amounts paid in the bill.”

“The CDE must be seen as public budget, with new expenses limited to new sources of revenue. The electric energy bill cannot be used as an endless source of funding for public policies,” he said during the presentation of the Subsidiômetro, at an ordinary meeting of board of directors this week.

Thirty percent of Brazilians lived in poverty in 2021 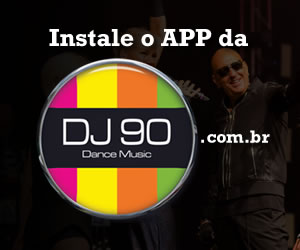