President Jair Bolsonaro said that the Post-2020 Global Biodiversity Framework should take into account the impact of the crisis brought by the COVID-19 pandemic upon the world’s economy, “especially regarding developing countries.” Bolsonaro spoke through a video recorded Wednesday (30) during the Biodiversity Summit of the 75th General Assembly of the United Nations (UN).

“You can be assured that Brazil will continue doing its part in negotiations, always seeking to secure financial resources for the protection of biodiversity, both by sharing the benefits of bioeconomy and through new mechanisms, like payment to environment service providers,” the president declared.

As an example, Bolsonaro mentioned program Floresta Mais by the Environment Ministry, which stipulates payments to agents developing projects for the conservation and sustainable use of natural resources. “An initiative of this kind, at an international level, could have an even more positive impact on the environment and the native communities of Brazil. All countries must fulfill their duties, play their role, and unite against such evils as biopiracy, environmental sabotage, and bioterrorism,” he said.

The current Strategic Plan for Biodiversity 2011–2020 and the respective Aichi Targets are concluding their cycle and a new Global Biodiversity Framework will be adopted during the 15th Conference of the Parties of the Convention of Biological Diversity (COP15), to be held in China in May next year. The convention is an international treaty signed at the UN Earth Summit, held in Brazil in 1992. It has three goals: the conservation of biological diversity, the sustainable use of the components of biological diversity, and the fair and equitable sharing of the benefits arising out of the utilization of genetic resources.

In Bolsonaro’s opinion, all countries must renew their commitment with the negotiations at the convention “acknowledging that member states share common, but different responsibilities.”

The president talked about efforts by the federal government in the protection of natural resources and Brazil’s environmental achievements, and said that the rational and sustainable exploration of the resources of the Brazilian territory “for the benefit of our society” is among the government’s priorities. Sustainability, he said, must be combined with development, and environmental preservation with economic innovation.

“We have the obligation to preserve our biomes and, at the same time, we must face complex social adversities, like unemployment and poverty, in addition to seeking to guarantee food security for our people,” he argued.

Bolsonaro went on to say that “international greed” looms over the Amazon and that his government will shield the region from “actions and narratives” that affect national interests. “We cannot allow, therefore, that false and irresponsible information serve as pretext for the imposition of unjust international laws that disregard the important environmental achievements we made for the benefit of Brazil and the world. In this connection, I remember that the Convention on Biological Diversity consecrates the sovereign right of states to explore their natural resources, in compliance with its environmental policies, and this is exactly what we intend to do with the enormous richness of the Brazilian territory,” he said in his speech.

Bolsonaro also mentioned measures in his administration aimed at fighting deforestation and fires in the Amazon and the Pantanal. “In 2020, we made strides in this direction, and, even facing a difficult and atypical situation due to the coronavirus, we strengthened surveillance efforts on our biomes and bolstered our tools to tackle the degradation of ecosystems, external sabotage, and biopiracy. In the Amazon, we launched Operation Green Brazil 2, which was able to revert the increasing trend of the deforested area observed in previous years. We will continue this operation in order to further intensify the combat against these issues which favor organizations which, associated with some NGOs, spearhead environmental crime in Brazil and overseas.”

This was Bolsonaro’s second address to world leaders in less than ten days. Last week, the president also spoke during the opening ceremony of the UN General Assembly, which also took place online. On the occasion, he stated that Brazil has fallen victim of a global disinformation campaign. 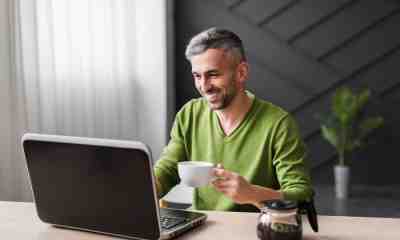